WHY BUY THE JORDAN WAY?

Since 2005, customers like you asked for a simple, easy & stress-free experience. So…

It’s simple. Our lowest price is posted up front to save you time!

Check out our inventory here.

It’s easy. Negotiation free & we get paid to deliver an exceptional experience no matter the price of the vehicle.

See what other people think here.

Check out our other benefits here.

Ask us about it!

Why Buy The Jordan Way?

Our Mishawaka, IN Customers Love the Versatility Offered by the 2017 Sienna

The packing possibilities of the new 2017 Sienna models at Jordan Toyota are limited only by your imagination. Depending on how the seats are configured, you can adjust cargo volume from a generous 39 cubic feet behind the third row to a whopping 150 cubic feet with the second and third rows folded [1]! When you have a family, you need a vehicle that can easily adapt to your constantly changing requirements. That’s why the new 2017 Toyota Sienna offers an incredibly versatile interior that can be quickly configured for the ideal combination of both passengers and cargo. Even when you’re seated in the third row, you’ll get first-class treatment in these new Sienna minivans. Their second-row seat cushions tip up and the seats slide forward to make access to the third-row seat easier than ever for Mishawaka, Indiana owners.

2018 Sienna models at Jordan Toyota offer so much room, they’ve even got extra space within its space. The cargo area behind the third-row seat offers a storage compartment that’s perfect for small items that owners would like to keep out of view, such as a camera or purse [1]. Are your hands full as you’re leaving a grocery store or shopping center? Just reach for your key fob to open Sienna’s available power rear liftgate. It opens in a matter of mere seconds, and can be conveniently closed from the comfort of your driver’s seat. Accessing Sienna’s huge interior is easier than ever when it comes to these new 2017 models. Use the button on the remote keyless entry or available Smart Key fob [2], the switches on the overhead console/interior center pillar or just pull either of the door handles to gain full access to Toyota Sienna’s interior.

Not to worry, because the new 2017 Toyota Sienna has got plenty of muscle to go along with all of that minivan swagger. With 296 horsepower now on tap, the 2017 Sienna lineup at Jordan Toyota certainly isn’t short on thrills. Refined and powerful, their all-new 3.5-liter V6 direct-injection engine with Direct Shift-8AT (8-speed Automatic Transmission) offers improved acceleration that helps these innovative minivans move at the speed of your Mishawaka, Indiana family. And since these new Toyota Sienna’s offer even better fuel economy than previous generations, with an EPA-estimated 27 highway mpg [3], fuel stops won’t be getting in the way of your fun. 2017 Sienna minivans were built for Mishawaka drivers, with 140 spot welds in the chassis to help stiffen the body while smoothing the ride and improving overall vehicle response. Air-fin stabilizers also help smooth out airflow, reducing wind noise and improving efficiency. On the sporty 2017 Toyota Sienna SE, a re-tuned sport suspension and steering setup help make driving on the roads and highways of Indiana more fun than ever.

New 2017 Sienna SE models at Jordan Toyota can take your cul-de-sac cred to an entirely different level. With its sportier front and rear bumpers, aggressive sport mesh front grille, bold headlights and tail lights and 19-inch wheels, the 2017 Toyota Sienna SE is just as fun for the kids as it is for adults. Whether it’s a parents’ night out or an early-morning practice for one of the kids, your new 2017 Toyota Sienna ensures that you’ll always be rolling up in style. The bumpers on these new Sienna SE minivans will help you stand out on the streets of Mishawaka, no matter where you decide to park. Unique front and rear underbody spoilers hint at Sienna SE’s performance message, besides the fact that they look undeniably cool. And adding to the bold styling details of the new 2017 Toyota Sienna SE is a sport mesh front grille with smoked chrome trim surround. Sienna SE also features projector-beam headlights with smoked lenses and LED tail lights for a sleek and modern minivan look. Their LED Daytime Running Lights (DRL) give the stylish minivans even more swagger, shining bright with their eye-catching profile while enhancing the 2017 Toyota Sienna’s already premium feel.

Both fun and functional, the new 2017 Sienna minivans at Jordan Toyota offer our Mishawaka, Indiana customers the complete minivan package. Stop in to get an up close look at everything these innovative minivans have to offer, and find the 2017 Toyota Sienna best suited to meet the needs of both you and your family today!

[1] Cargo and load capacity limited by weight and distribution.

[2] The Smart Key System may interfere with some pacemakers or cardiac defibrillators. If you have one of these medical devices, please talk to your doctor to see if you should deactivate this system.

0 comment(s) so far on Our Mishawaka, IN Customers Love the Versatility Offered by the 2017 Sienna 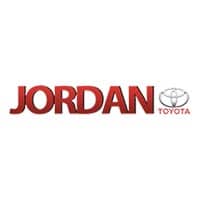